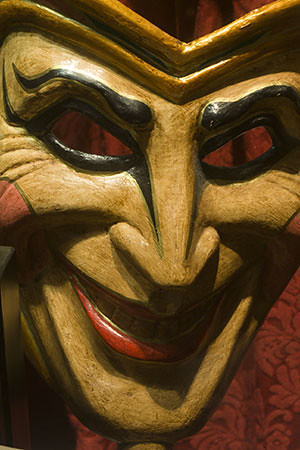 In the, “I wish it were square so I could stop coming back around to it” department, it would appear that my TiVo has changed it’s possessed mind yet again. (I’m not even going to speculate as to what might have come over it. Really, I’m not. Bean dip, anyone?)

Now, it would appear, it’s not satisfied recording Nicolas Cage movies all day, every day, no, it actually wants more out of life, so, it seems, it’s started recording EVERYTHING. Not just Law and Order re-runs, not just the crafting programs I sometimes watch, not just depressing movies featuring hookers who don’t wash, not just Cher’s nine foot long curly black mop of hair and her fake-New York accent, but EVERYTHING. Sometime about two days ago, it started recording really odd things-shows like Lassie Come Home and The Price is Right. Now it’s just gone completely berserk and it’s just green lighting every freaking program on television. (I didn’t even know they still play Wheel of Fortune. Really, I didn’t. Sure you don’t want some bean dip?)

So, I figured that, it’s time once again for me to harass you with another vote and, since my TiVo’s been a little…let’s just say…odd (completely FREAKING WHACKED IN THE HEAD really) as of late, I thought, being the enterprising wench I am, that I would combine these two events.

Today, my little snowflakes (hey, it beats calling you “wenchettes” right?) I bring you my latest poll:

VOTE FOR YOUR FAVORITE TIVO

Here are you choices (in an order that’s somewhat chronologically inept since tomorrow):

So, there are your choices. Remember, my website is always true, “Chicago-style” voting (early and often, if you please.)

I’ll post the results if I don’t get my head trapped in the VCR.