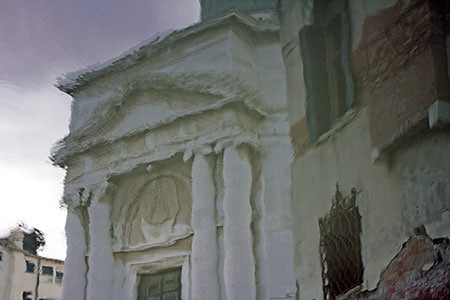 Like most people, on Tuesday night I went to sleep thinking that the miners from West VA had been saved. I remember photoshopping (is that even a verb?) in my studio…with my TV going…the news was on…the reporters were all talking about how there was little hope on account of the gas. I remember thinking, “ah man, there’s got to be hope. There’s always hope.” Then, as I was going to sleep that evening, they came on and announced that a “mircale” had happened…that 12 of the miners (the “lucky 12” they were calling them) had been found alive.

One of the things that separates humans from other critters, one of the qualities that makes us human, is that we have this strange notion of HOPE. A human being could be faced with his or her darkest hour, we could feel that the world itself were coming to a crashing end all around us, yet, somehow, magically, deep within our little black heart of hearts lies a glimmer of HOPE. It’s what keeps us going. It’s what keeps us focused. It’s what separates us from the beasts of burden that work the fields and the roosters who crow in the pens (well, that and “thumbs,” I suppose.) HOPE is always all around us, in one form or another.

It’s incredibly sad that the miners didn’t make it. Our thoughts and prayers go out to their families and friends, especially seeing that they had to go through what must have been a roller coaster of emotion.

The only thing that came out of the mine, besides the one lone survivor, is that notion that, maybe, just maybe, the next time we’ll get there in time. Maybe those “unlucky 12” are in a better place. Maybe they didn’t suffer and found peace and salvation.

Maybe, in some small way, hope lies out there waiting.