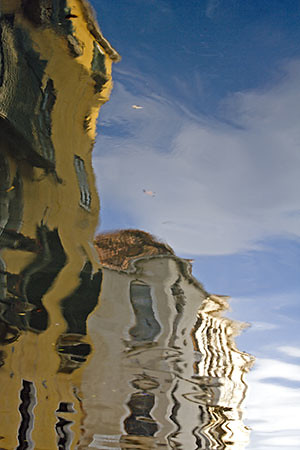 This just in from the “everybody’s doing it, so why shouldn’t I?” department, I have recently joined a bunch of online flickr groups, including one called (I swear, I’m not making this up) Utata. (Funny name, great group.) You might notice the link in my button list off to the right.

What does Utata mean?

It comes from a story about a race of long lived people, each of whom tells their life story by way of intricate tattoos (called utatas) all along the sides of their bodies. They cannot die until their stories have reached the soles of their feet. Kind of reminds me of the movie Memento, only a bit different, I suppose.

The story makes for interesting visuals and the group has become quite addictive. In the past few days, I’ve gone from having almost no comments left on my photographic images (uploaded in flickr for your viewing pleasure) to having 2, 3, sometimes 4 comments a picture. Lots of people, it seems, are using flickr groups and flickr has become the hotbed for experimental photography. I feel so right at home yet helplessly addicted. (Help! Please make it stop now.)

And, speaking of stories, memories, tattoos, photographs, and the like, one of my more, ahem, astute readers has written to me, in response to my “Seven” posting to ask, “you said, ‘write a great novel. Again.’ Doesn’t that imply that you wrote one once before?”

Nice catch, my friend, nice catch (geesh, does nothing slip by you people? Nevermind, don’t answer that.)

Yes, if you must know, I once penned a novel called (I swear I’m not making this up) Looking for Cheryl. It was about a female computer programmer who once hacked into a government database as a college prank, than later took a job chasing hackers for the feds. She thought she was in paradise, since they sent her looking for herself (her name was on the list of hackers she was to chase) but then trouble ensued when the feds told her a body was discovered and that it was, in fact, the Cheryl she was “looking” for.

To answer the most obvious pressing questions, yes, it was “finished” at one point, no it was never published (never tried really,) no it wasn’t really any good. It was a good story but way too ambitious of a plot for me to actually pull off. (My writing skills just weren’t all that good and inking a full blown plot twisting tome was just too much for them to bear.)

The only thing I can really say about the entire novel/story writing experience is this…remember how, when you attended school, they told you to do outlines, character sketches, plot details, and the like? Remember how, you always just ignored all that, jumped in with both feet, and started “just writing” anyway? Well, that’s a really bad idea if you are ever planning on inking (and finishing!) a novel. Really it is. (You’ll just have to trust me on that one.) Tattoo it across your forehead if you have to but, damn it, get your sorry ass an outline (or it’ll kill ya!)

So, now you know.

PS There’s still time to vote. Current favorites are the photo book, but the Compact Flash and Nicholas Cage DVD are not too far behind. Also, my year end round up is available here for the curious.