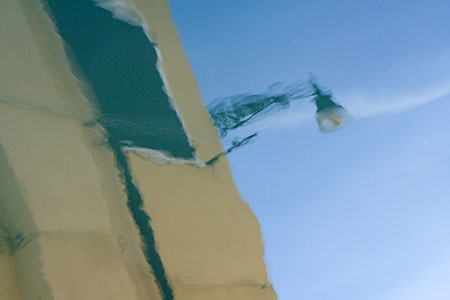 Just a quick note to say that I hope everybody had a happy, safe, healthy holiday and that, despite what you may have heard on the news, we’re not up in flames (yet) here in Austin.

In Cedar Park, it remains dry, windy, and conditions are ripe for wildfires but family, friends, and property remain all safe from the flames (so far.)

(It’s burning up near Arlington, which is a suburb of Dallas. We do have some friends out that way but, so far, eveybody’s safe and accounted for. Texas is a big, big state, we’re quite far away from Arlington, although the entire state is under a burn ban and, so far, four people have been killed due to the fires. It’s getting a bit scary but we’re holding out ok. Like the old joke, “it’s been so dry in these parts, the trees started whistling at the dogs.”)

In the “got a light? Nevermind, sorry I asked” department, there’s a wack-o ranch hand living along FM 1431 who, in his infinte wisdom was about to set some brush fires off yesterday (that’s how they clear unwanted brush in these parts.) Lucky for us, he stopped short of torching the actual brush, but it’s still sitting, nicely piled, awaiting a match.

Ranch hands in these parts have something in common with Hugh Hefner when he argues with one of his bunny girls…striking a match rounds these parts, in a dry spell (wild fire season) like this is akin to, ahem, “burning you bush at both ends.”