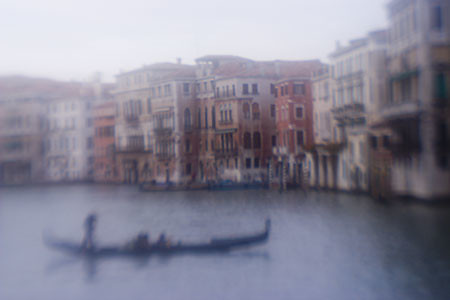 I just finished uploading 20 (count ’em *20*) images to my flickr account which consist of nothing but reflections from my trip to Venice. No, not me thinking, with little pufts of smoke coming from my ears, actually “real live” reflections. You know, walk up to some water and look down at yer feet sort of stuff.

The masses cried, “we want to see pictures.”

I kept whining, “but I have 18 G’s of Compact Flash to process.”

The masses kept crying, “we want to see pictures.”

Today my mother, who usually doesn’t bother me about such things said to me over the telephone, “Well, you don’t have any pictures for me to see.”

Geesh. It’s a good thing I’ve got a superfast MAC and that like the connection to flickr was high speed today, allowing me to upload the first of the reflections series. They aren’t the best, they aren’t the worst, some of them need some work, some of them are just ducky “out of the shoot” but, damn it, they are UPLOADED (so there.)

My TiVo also managed to disconnect it’s head from my router so, for a brief period of time, I was actually able to watch something other than murder and mayhem.

I told some of the folks on my workshop (Venice) about my TiVo and Jonathan, our fearless leader said, “it’s probably redecorating your home while you are here.” I was a bit afraid to put the key in the door to see what I might find, half expecting the place to be re-done, complete with dungeon garb or maybe handcuffs hanging from the ceiling. Or, maybe even worse, bad 70’s plaid decor. Argh, now that would really kill me.

Instead, today, I had to re-type that damned WEP password, in hex, complete with all the little numbers and letters, using the “boop boop” remote on the TiVo and wait like 27 years for it to connect with TiVo homebase (I’m afraid to even ask where that might be. I’m guessing the decor there is really 70’s with a few ‘cuffs thrown in on the side but, like, don’t quote me on that.)

Sure, I also missed my “golden opportunity” to actually see a movie starring somebody other than Charles Manson for like 20 minutes or so, while the TiVo uploaded the newest list of murder from it’s appropriately decorated “home base.” Makes you wonder, but not too long, what the TiVo makers watch on TV, doesn’t it?

And makes me think about re-decorating in something bright and floral just to be safe but, like, you know I won’t. I’m too afraid of flowers. Besides, everybody knows I’ve got craploads of Compact Flash to process and don’t really have time to re-decorate the dungeon right now anyway.