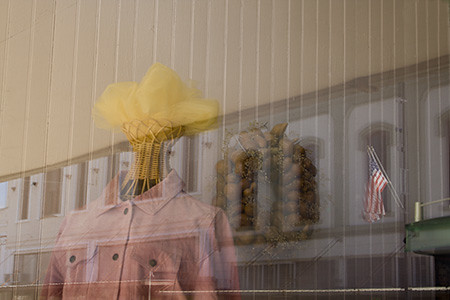 Recently, I found out that I was named a “Photographic Ambassador” (volunteer) for the Center for Fine Art Photography in Ft. Collins, Colorado. I’ve volunteered to help spread the word about their upcoming juried shows and, in exchange, I get a nod on their website.

As part of the deal, they have asked me for a photograph. Not a picture that I took (that, my snowflakes, would be *easy*) no, they’ve actually asked for a picture of me. A portrait. A headshot. A mugshot. An image of yours truly.

Horror of horrors. Are they crazy? Are they trying to break their monitors or something? They must have a problem with mice, that’s all I can say.

So, now, I’m in a tizzy. I lost some weight recently and I had been thinking it might be time to take another self-portrait but, like, I’m not very “pretty” and I’m still about 40 pounds overweight, I have six extra chins and all, so I’m not sure what to do. I am one of the 90% of the human adult population who just doesn’t photograph very well.

I’m stressed. I don’t want to do this but I sort of do. I’m torn. I’ve been thinking it wouldn’t be *that* bad to show half my face behind some sexy camera equipment. I mean, everybody loves camera gear, right? You wouldn’t really mind an eyeball or half a hairdo sticking out from behind some, right?

And, then there’s the “blog factor” to consider. I’ve been doing this website for about four years now and I’ve left my image off of it, by design really. I haven’t really considered putting it up, making it part of my profile and all, despite the fact that there’s that little space for one, in the upper right hand side of my website.

Some of you know me. For you, there’s really no need for me to put up a mug shot, right? Some of you have met me in passing, either at some event, at work, or some such thing. You can probably remember what I look like without much help from me, right? Since you know me one way or another, I don’t really need to do a portrait for you now, do I?

Karl Sagan did a thesis project on the subject of humans looking for faces in things they see-about how we tend to do things like look up into the clouds, or at the moon, and have a natural tendency to see faces looking back at us, even when they’re not there.

Maybe we also look for something else. Maybe we see what we want to see when we don’t see anything at all? Maybe, in your great quest for information, a quest which has led you (one way or another) to my website, your active mind and vivid imagination has mentally “filled in” what you think I look like, just to fill that void. And, who am I, really, to take that from you?

This is turning into my most challenging photographic assignment yet. I know I don’t photograph very well to begin with, so I’m stressed. I know I can’t live up to the imaginations of web surfers, but it might be nice to put up a portrait. But, the photographer in me knows that I can, on some level, take a picture of anything and make it look ok. It’s light, angle, perspective, really more than the way you look, right?

Oh God! Shoot me now. Wait…that was a poor choice of words.