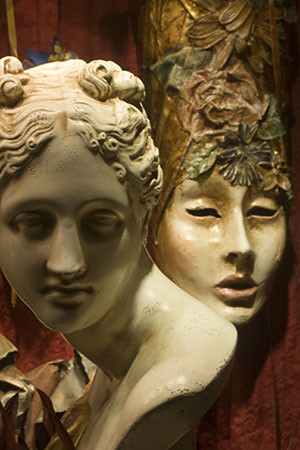 Once again, I struggled with this week’s entry: Depth of Field. Being a photographer, I would almost expect to see a lot of “landscape-y” images in this week’s challenge, but I was pleasantly surprised to find a mixed bag.

When I started taking pictures, I used to be ‘little Miss F-16.’ I was happy being hyperfocal all the time-I was corner to corner, edge to edge, crispy sharp focusing girl (well, sans the red cape, I guess.) As a precaution, to protect myself from the wolves of the big bad blur, I used to wander around with a tape measure.

Those days are long gone. Most folks who know my work now would have a hard time believing that I was once that person (yes, I do still remember how to use a hyperfocal focusing chart, if you must know.) I guess you could say that now I tend to shoot more with my heart and gut and less with my eyes.

I think I had such a difficult time with this challenge because I never really shot landscapes and I like to blur things up so much. My modern work (well, recent stuff) is all blurred up, mixed up, messed up, manipulated, and whatnot. It makes for interesting shots but not very “Depth of Field-y.” I suppose I could have opted for selecting a deliberately shallow Depth of Field image, but I didn’t think that would have fit with the theme, really. (I took it to mean the traditional ‘F-16’ Depth of Field, you know, like the old landscapes and the “stopped down” school of thought.)

In the end, I selected this image because I had been playing with the depth of field when I shot this. I did a few different takes-one with the face in front out of focus, one with soft focus on the face in back, and finally, this one. I opted for this selection-oddly enough the most “hyperfocal” of the bunch-with both faces in clearer view-because I thought that the two faces play off each other better here. I like the contrast between the two faces and the “stopped down” f-16-y kind of a look emphasizes that.

This was shot in a store window in Venice.